From MIchigan to Florida, we’re staying on the road for a little longer. Kitty flew to Tampa on our anniversary, and Greg caught up with her a week later. Spending time with Ruth, Joseph, and Rebecca is so much fun playing games, keeping cool with the water hose and buckets, going to the park, and just hangin’ out together at the house. 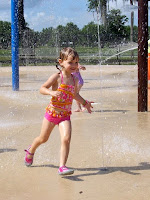 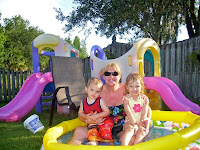 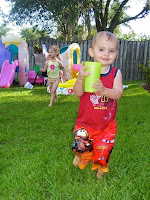 After the kids go to bed it’s time to play Settlers of Catan with Kristy and Cameron. We’ve become addicted to this game to the point where we even carry it around on our iPhones and iPod Touch devices so we can work on strategies whenever we have a little free time.

It’s also World Cup time so we’re enjoying a few of the futbol matches with some of our friends from their church who are very passionate fans to say the least! Greg, Cameron, and the kids had some fun playing around with their own soccer match in the park - until Greg managed to mangle his glasses and almost break his nose trying to do a header (what was he thinking?!?). 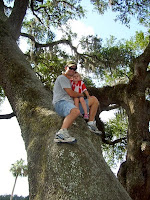 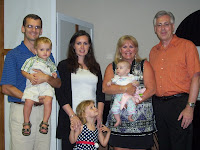 Kitty and Greg are members of
Crossroads Christian Church in
Shawnee, Kansas